Some studies suggest that the ancient Romans introduced chestnut cultivation to the Alps as they expanded their empire towards the north. However, it was in the Middle Ages that the chestnut tree became an important food source for rural populations. Chestnut woods are typical of the southern alpine landscape, consisting of open woodland with chestnut trees dotted around meadows or pastures. They are also places of great biodiversity. 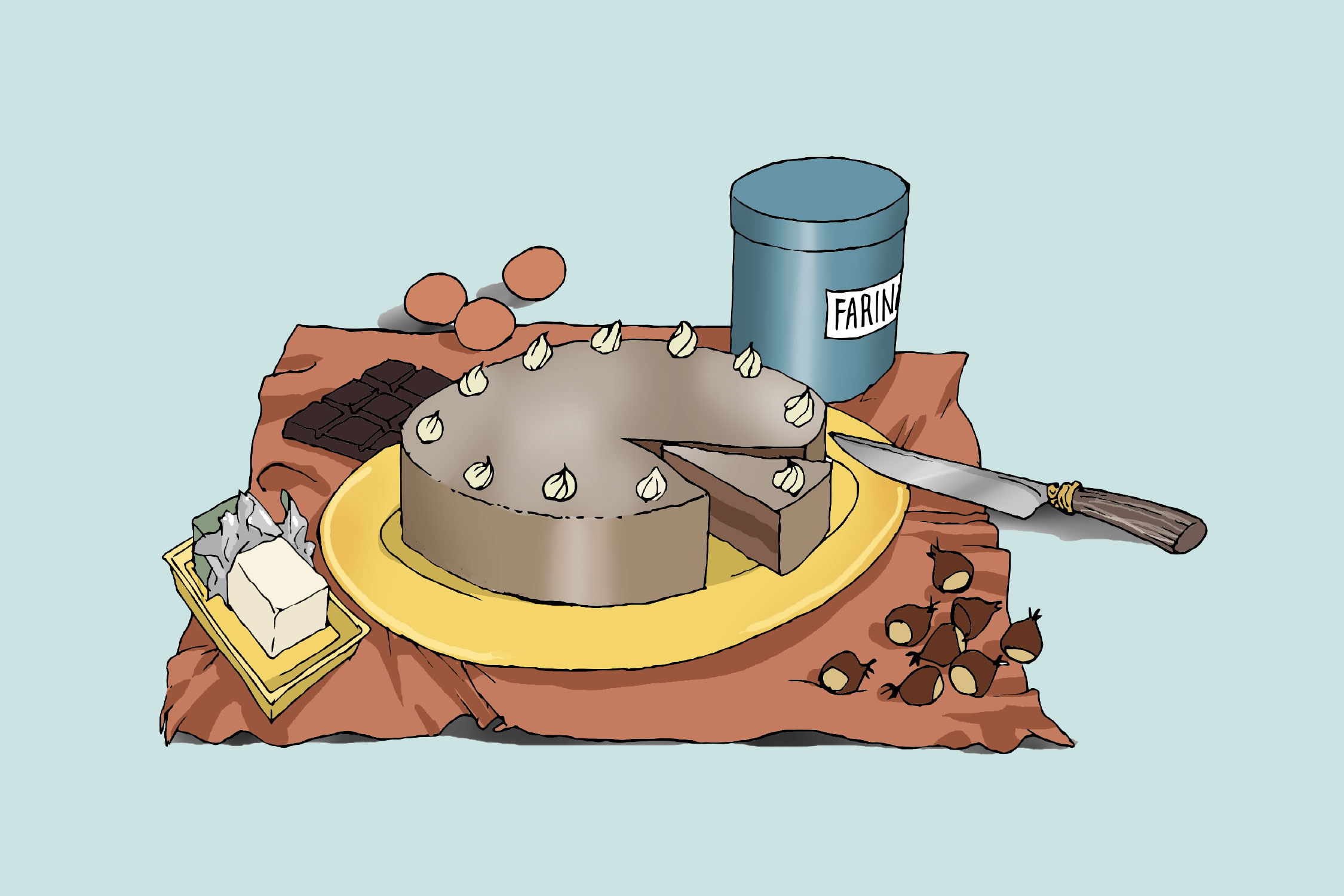 How to make a chestnut cake

Method:
grease a cake tin and line the base and sides with a layer of breadcrumbs. Break up the chocolate and melt it with the butter over a bain-marie. Beat the eggs with the sugar and flour, add the chocolate and butter mixture and blend everything together quickly. Pour into the tin and bake in the oven at 165° for around 30 minutes.

A Route Plagued by Brigands