The alpine tunnels, such as the Monte Ceneri tunnel, cut through rocks that were formed over 350 million years ago, before the Alps began to take shape. Thanks to the extensive number of fossils found in the Ticino area, particularly around Lugano, we can have an idea of what life was like on Earth millions of years ago. One of the prehistoric animals discovered in the Monte San Giorgio area is the Ceresiosaurus. The totem consists of the stones extracted during the creation of the two AlpTransit tunnels in Ticino. 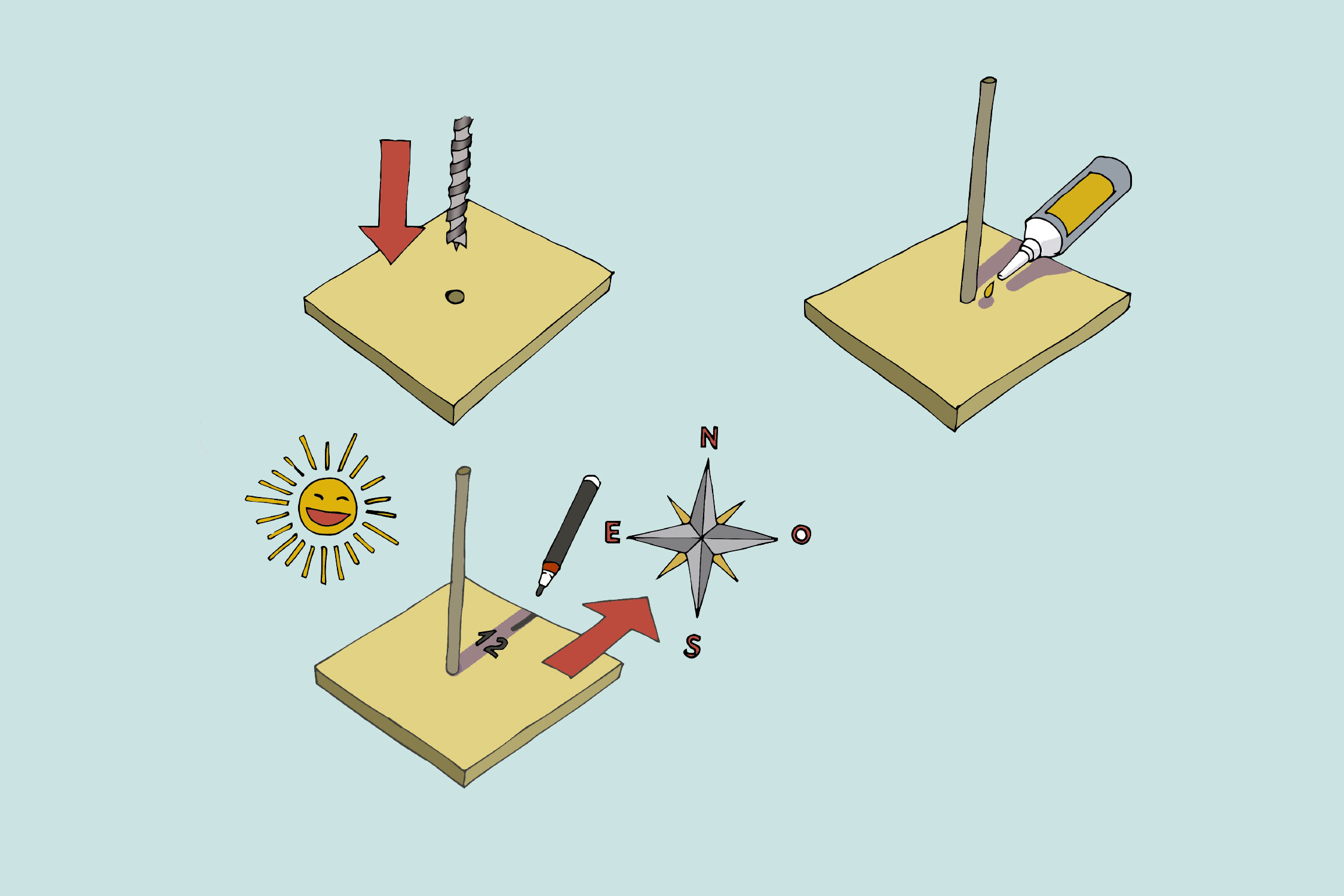 From millions of years ago to high-speed trains

Would you like to try measuring time with the sun? To make a sundial, take a square base with a hole in the centre of the same diameter as a rod measuring at least 20 cm high. Insert the rod and secure it. Now position the base so that the rod projects its shadow in a northerly direction in the middle of the opposite side at midday. Write the number 12 where the shadow falls. Do not move the base again, but continue to mark the hours until sunset. Start again tomorrow at dawn.