Cars brought about a real transport revolution in the twentieth century. Women fought against male stereotypes for permission to drive. Cars also represented a real sense of transport freedom in the collective imagination. Our perception of them has changed in the twenty-first century. Today, freedom is represented by hikers who rediscover a sense of their limitations and their relationship with nature by exploring ancient footpaths. Freedom to travel is important, but we have to know which direction we’re going in. 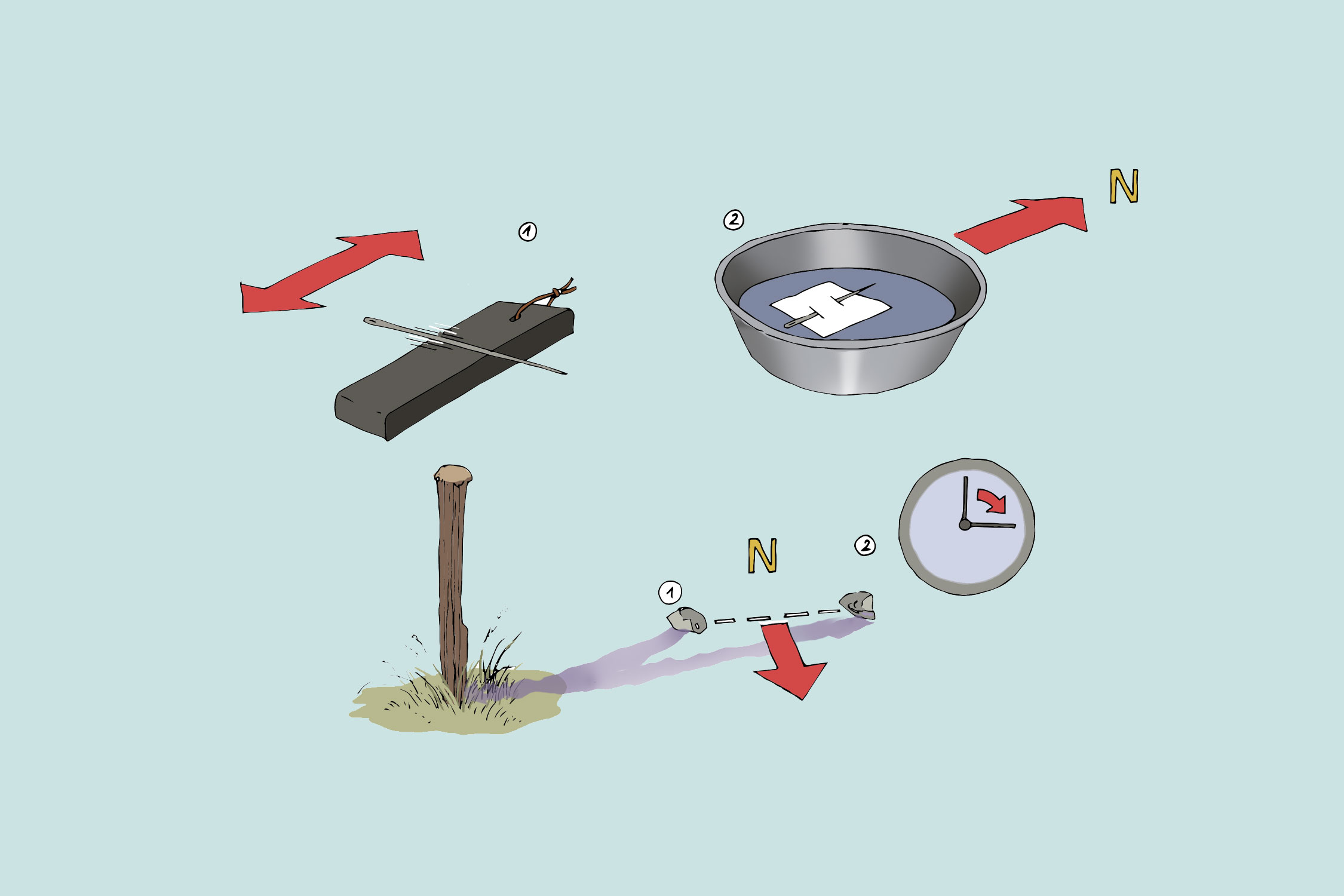 Make sure you include a needle in your travel kit

You can turn it into a compass if required. How? Rub the needle fifty times on your hair or a metal object. After you’ve magnetised it, stick it into a small sheet of paper. Now look for some still water or pour some water into a container or a cavity in a rock. Place the sheet with the needle on the water. Watch the way it points. This is the north-south axis.